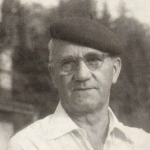 Academical sculptor, glassblower. From 1924 to 1927 he was studying State vocation school for wood manifacturing in Chrudim. Between 1927–1934 he was visiting Art studios of Prof. Maratka and Stipl on the State school of applied art in Prague. After he finished studies he worked mostly as a teacher, in 1946 he left his born Highland and he moved to the north of Czech Republic. After a short period of time acting at State art school in Jablonec n.N., he moved in 1947 to the State glass school in Zelezny Brod. First he was design leader for glass cutting unit, from 1954 to 1961 he was leading the new unit of fused plastic, till 1968 together with jewellery unit. In the same year he left the school but even through next years he was still producing glass plastics in cooperation with Skloexport Liberec. 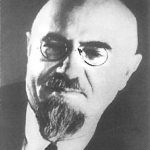 The sculptor, medallist, glyptic and glass designer as well. He attended the secondary scholl of applied arts for jewellery in Turnov and after the short practice in Vienna acceded to UPŠ Prague, studio of masters Sucharda and Klouček. Since 1904 he was an assistant and four years later even professor of Prague UMPRUM. In his studio he educated a lot of famous glass artists. 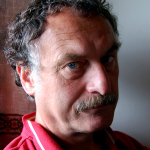 This prominent glass artist studied at SUPSS in Zelezny Brod from 1966 – 1970, and the College of Decorative Arts in Prague, and he attended Prof. Libensky’s atelier from 1970 – 1976.

After graduation in the high school of applied Arts for Glassmaking in Železný Brod and a short practice established in 1930 (as one of the first) the plant for an artistic processing of the glass by cutting, sandblasting, etching and engraving. The company has been celebrated for the high quality of its products. The speciality was the production of the objects with embossed figural motives. Except of this the company offered even the figural moulded glass. Thanks to the organization ability and professional qualification Rudolf Hloušek became the chairman of the district glass organization.

The graduate of the high school of applied Arts for Glassmaking in Železný Brod. Subsequently after the graduation at UMPRUM he became famous as painter and illustrator. At the same time he was the important scenographer and author of animated cartoon especially. He took charge of the film studio and television graphic at VŠUP Prague (instead of Adolf Hoffmeister). Thanks to his illustrative creation for children especially he got many national and international awards. In Železný Brod he worked short time only as a glass designer. 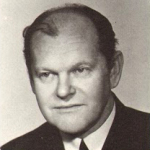 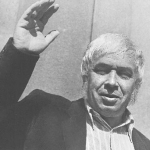 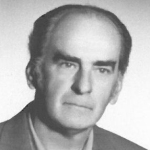 After the studies of the high school of applied Arts for Glassmaking in Železný Brod and following practises in several companies introduced in 1938 in the town Držkov near Železný Brod the production of cut, sandblasted and art glass. 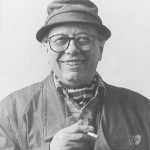 One of the most significant glass artists of the 20th century was born in 1921 in Sezemice. Between 1937 – 1939 he studied at the technical schools of glass in Bor near Ceska Lipa and Zelezny Brod, Prof. Holecek’s atelier and at the School of the Decorative Arts from 1939 – 1944. In 1945 he attended the College of Decorative Arts, studying in Prof. Kaplicky‘ s atelier, and graduated in 1949. From 1949 -1954 he taught at the School of Glass in Novy Bor and worked as an artist in Borske Glass. From 1954 to 1963 he held the post of SUPSS director in Zelezny Brod, after that he took the position of manager of the glass atelier at VSUP in Prague. At that time he was indelibly involved in many fields of the artistic glass industry.

The engraver and famous glass designer studying the department of cutting of the glass at Professor L. Přenosil in Public high school glass-commerce oriented in Železný Brod during the period 1926 – 1929 and then in 1929 – 1934 at studio of professor Drahoňovský in Prague in Public Arts and Crafts school. Since 1938 was working as professor in the high school of applied Arts for Glassmaking in Železný Brod and then. During the period 1966 – 1970 became its director. He was great mainly at poetic cut motives on preformed transparent glass. 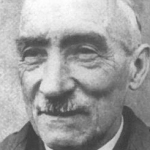 Architect and glass designer, in 1913 started his studies at UPŠ Prague. Step by step he rotated among the studios of professor Dítě, Hofbauer, Kysela a Plečník. In 1921 shortly worked in Litomyšl and Mladá Boleslav. In 1924 became the first director of the high technical glass school in Železný Brod but in 1948 had to leave the school. He had dominant influence to extraordinary development of the glass institution.

Well-known glass artist and talented painter, an older son of Alois Metelak, who was a first director of a glass-school in Zelezny Brod. Because of a strong family tradition Milan Metelak attended this glass school from 1943 to 1947, then from 1947 to 1952 continued at university VSUP in Prague in studio of prof. Stipka. At the same time, from 1948 to 1951 he studied Charles University – a College of Education. He applied his exceptional artistic feeling mainly in designs for Borglass factory in Harrachov branch. Unique was also his work when he was presenting himself as a painter. 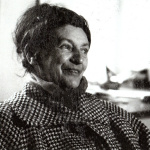 Extremely talented glass designer finished her study in the high technical glass school in Železný Brod in 1930. Then in 1935 established together with her husband very successful Art glass studio in Železný Brod, with a view to the cut, engraved, painted and etched glass, little bit later to the glass figures as well. In 1937 enrols in additional studies at studio of professor Kysela at UMPRUM. After 1948 is working as designer for the company Železnobrodské sklo. 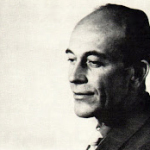 The famous glass designer, glyptic and illustrator studied at UPŠ in Prague at professor Kysela and Štipla. After his activity in Nový Bor, Železný Brod and Desná became college lecturer in 1960 at VŠUP in Prague and worked there until 1977.

The sculptor, glass engraver, designer and schoolmaster. After the graduation of the secondary school of applied arts for jewellery in Turnov study the sculpture at studios of professor Drahoňovský and Sucharda in Prague UMPRUM. Subsequently at UPŠ in Stuttgart studied at Wilhelm von Eiff. Since 1922 till 1958 has been working as chief of the department of cut glass in the high school of applied Arts for Glassmaking in Železný Brod. Thanks to his modern approach to the creative and technical conception of engraving formalized significantly the development of this classical glass technique. 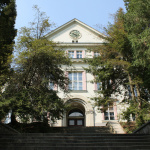 The school in Železný Brod was established as the first of that kind in Bohemian countries in 1920. Enthusiastic group of young ambitious schoolmasters (led by qualified director Alois Metelák) has benefited the institution in the very short time the extraordinary respect. Since 1926 the school is settled in architecturally very successful building, one of the dominating factors of the town. The artworks arising at school in the interwar period were marked with serial number and the year of the origin. 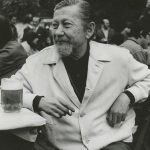 Individual engraver of glass, painter and graphic designer and mainly the glass legend. He attended the high school of applied Arts for Glassmaking in Železný Brod, department of professor Juna and Přenosil, one year (without any visible effect) spent at UMPRUM at studio of professor Drahoňovský. In the fortieth reached the incommutable individual paintings and engravings with rural atmosphere, you can find the motives of lovers, motherhood and family as well. His results were visible in such a degree that overshadowed the creation of other designers but himself he was not satisfied absolutely. As he wanted to attend to the graphic creation he enrolled in Prague Academy and studied at studio of professor Silovský and Pukla. After 1948 he had to leave the school because of the political opinions. In the mid of fiftieth came up with the technique called “shadow engravings”. He realized his projects until 1974.

After the graduation of the high school of applied Arts for Glassmaking in Železný Brod in 1930 he established his „Železnobrodské závody” for engraving and cutting of glass. The ability of the owner to collaborate not only with the best engravers and cutters but the most qualified designers as well has guaranteed the highest quality of the production and was the main reason of the extraordinary development of the company. At the beginning of fortieth employed such authorities as designer Jindřich Tockstein and collaborated with M. Plátek and several Štipla´s students, occasionally with his brother Bohumil, the close collaborator of J. Drahoňovského.

Versatile glass designer, sculptor and designer of jewellery, during 1917 – 1921 studying at UMPRUM at studio of professor Horejec and Novák. Acting as professor in the high school of applied Arts for Glassmaking in Železný Brod worked until 1961. He established the department of classical mosaic in 1931, later was the chief of the department of engraving of glass moulds. As one of the closest collaborator of Alois Metelák belonged to the initiator of the new conception of utility glass and art glass.